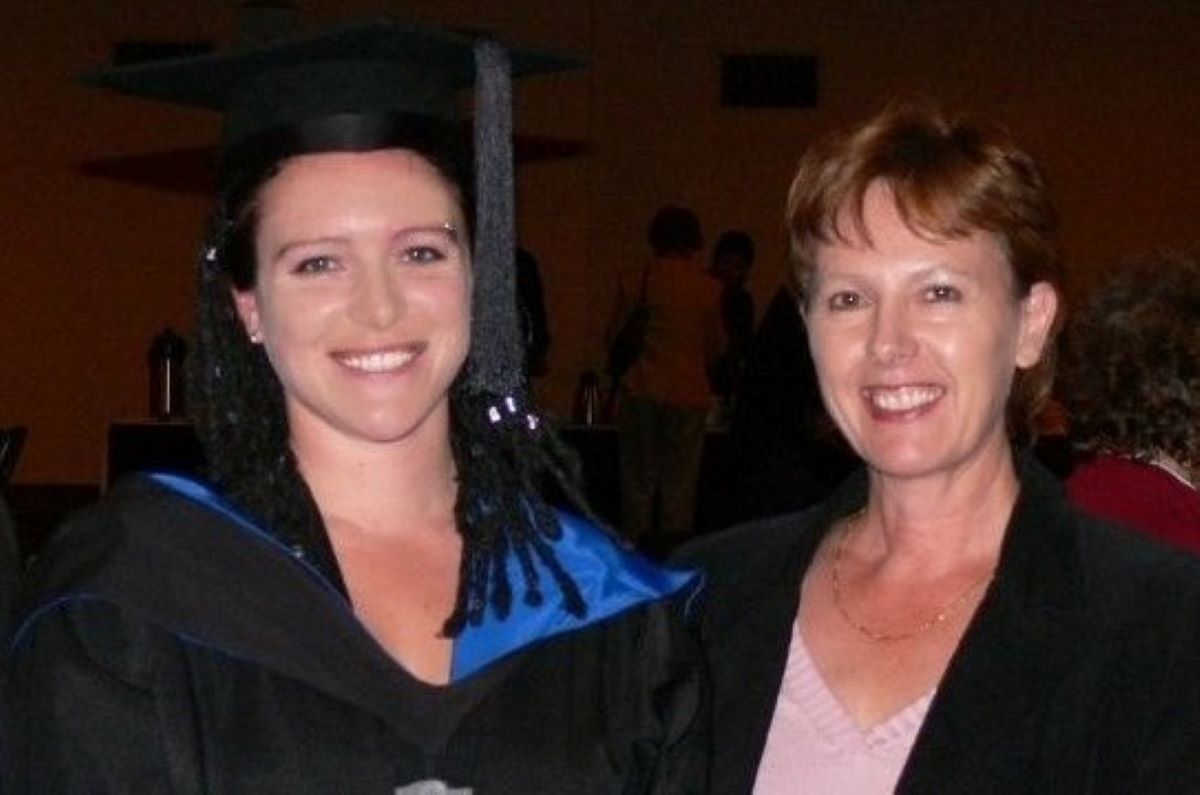 Our journey of discovery with juvenile arthritis

Arthritis isn’t something you expect to hear your nine-year-old daughter has, but that’s what we were hearing as Jenny and I sat in the rheumatologist’s office in 1991. We’d gone from one doctor to the next, trying to find out what was wrong with Jenny’s ankle, which we thought she’d sprained, but the swelling wouldn’t go down.

Jenny enjoyed playing netball and was a very proficient player. However, a few months earlier she’d tripped over a log after playing netball. Her ankle became swollen and wouldn’t improve. The usual treatments of ice, compression, elevation and rest, did nothing to ease what we assumed was a sprained ankle.

A chiropractor had successfully treated me after I’d had a similar injury, so we took Jenny to see him. After a few sessions with no improvement, he suggested we go to our GP for blood tests, as he felt the problem was ‘something internal’. Our GP refused to listen to what the chiropractor suggested and told Jenny to ‘jump up and down on the trampoline. This upset us, as Jenny had difficulty walking let alone jumping on a trampoline! Our chiropractor then recommended a GP who he felt would listen to us. This GP sent Jenny to have blood tests and then referred Jenny to the rheumatologist we were speaking to now.

We were shocked to think that a 9-year-old could have arthritis. This doctor assured us that it could be treated and that Jenny could lead a healthy and active life. He started her on Voltaren, which certainly brought down the swelling but gave Jenny stomach pains. The doctor then decided to send Jenny to a paediatric rheumatologist at The Royal Children’s Hospital where they were able to successfully change her medication. After a couple of months Jenny’s condition had improved so much that it was declared that Jenny was in remission and she was able to stop the medication.

Unfortunately, this improvement was short-lived, and after another fall at netball Jenny’s right ankle swelled up, this time even worse. Jenny wasn’t able to walk on that leg at all, and I would drop her as close to her classroom as possible so that she could virtually crawl into her classroom. Thankfully she had a very good group of friends who stayed with her at playtimes in the courtyard right outside their room. Jenny would crawl inside the house, and I would have to lift her into the bath at night. Because we’d been told that she was in remission, we decided to try another form of treatment, this time a local naturopath who had been recommended to us. That treatment didn’t work, and Jenny’s foot was not only terribly swollen, but was also sticking out at almost a 45-degree angle from where it should have been!

We didn’t know what to do, so we went back to the GP who originally referred us to the first rheumatologist. He suggested that we try an orthopaedic surgeon who told us that Jenny’s bones in her ankle had fused together, but unfortunately at an unnatural angle. He wanted to be absolutely sure that he was doing the right thing to help Jenny, so he asked us to take her into St Vincent’s Hospital where she would participate in a ‘round table’ of various doctors. The doctors agreed with the orthopaedic surgeon’s first thought that he would manipulate Jenny’s foot under general anaesthetic and put it in a fibreglass cast for 6 weeks. This was done at the beginning of 1992, and thankfully the result was that her foot was at a much more normal angle. However, the foot was still swollen, so it was recommended that we go back to see the rheumatology team at the Children’s.

So began a series of X-rays and scans, new medication, regular physiotherapy, eye check-ups, and included visits to a lady who specialised in ligament damage, and who treated members of the Australian Ballet as well as AFL footballers. I had to do exercises twice daily with Jenny, which resulted in many arguments. I had returned to full-time teaching at the end of 1991, so it was difficult enough getting four children off to school in the mornings and then getting to my own school, as well as finding the time to do the exercises with a reluctant patient! Jenny’s right leg had lost a lot of muscle tone while in the cast, and together with the fused ankle meant that she was not walking properly. It was imperative that we do those exercises, but at that time it was hard for Jenny to understand that, especially as it caused her pain.

We’d contacted the Arthritis Foundation of Victoria (now Musculoskeletal Australia) for support, and they told us about the camps they ran for children with arthritis. Jenny’s rheumatologist was very keen for Jenny to attend, as he was sometimes involved with the camps. Before she attended the first camp, he wanted Jenny to have ultrasound-guided cortisone injections in her foot, under a twilight sedative. He assured us that it was routine for the children to have cortisone injections right before the camps so they could get the most out of the camp activities. Over the next few years Jenny was able to participate in three camps, including one in Sydney with children from all over Australia. The camps were extremely beneficial for Jenny, and indeed all the participants. There were children with all different types of arthritis, some in wheelchairs, and they were offered a wide range of activities which they wouldn’t normally be able to participate in, such as scuba diving.

In 1993, in grade 6, Jenny noticed that when brushing her hair she would have clumps of hair in her brush. She was losing hair in patches. The doctor thought this was probably due to stress. We approached Jenny’s teacher and asked whether she could wear a beanie inside as well as outside, but her teacher said that as they had a policy of no hats inside, it would only serve to draw more attention to her. We could see her reason, so asked our hairdresser whether she thought she could do anything to help. She was able to tie Jenny’s hair back into a ‘half up-half down’ hairstyle, which did a pretty good job of covering the bald patches. Jenny was in a great class with generally very caring kids, so she thankfully didn’t have problems with teasing. Grade 6 also meant school production, and this is where we realised Jenny had a great flair for acting. She committed herself to learning her lines and songs and was cast in one of the lead roles – a little dog called Puddles, who had a ‘wee’ little problem! Looking back now I wonder whether the involvement in the production provided an escape from the arthritis and pain.

Secondary school had its ups and downs. It involved a new set of teachers and a new bunch of kids, mixed in with some friends from primary school. With a letter from her rheumatologist, Jenny was given permission to wear Doc Marten shoes, which gave her right ankle extra support and allowed for the orthotics that had been made for her at the Children’s. The orthotics were used to absorb shock rather than provide arch support like my own orthotics. With the fused ankle Jenny did walk quite flat-footed, but arch supports wouldn’t have helped. Later on it would affect Jenny’s driving, but eventually she found that certain cars that enabled her to sit forwards over the wheel allowed a better angle for her foot, as the fusion of the ankle meant that there was little movement up and down.

At secondary school Jenny had her group of friends from primary school as well as other new friends. However, continuing flare-ups meant that she would often go and find a quiet place by herself at school, which affected some of her friendships. At the time we weren’t always aware of how much pain she was in, otherwise we would’ve asked her doctor whether there was anything else Jenny could take for the pain.

Jenny immersed herself in the music program at school, and we went to several music concerts. She still had a great interest in drama and was enrolled in a local drama school where she took part in several productions. Jenny was able to participate in netball again, although she was confined to the goal third of the court where she became quite a proficient shooter!

When Jenny was 15, her rheumatologist considered that she was in remission, so she was able to stop her medication. She’s now 39 and has chosen to eat a vegan diet, and although Jenny can still have flare-ups of pain in her joints she’s no longer dependent on any arthritis medication.

If you’ve enjoyed reading my blog, check out my daughter’s blog.